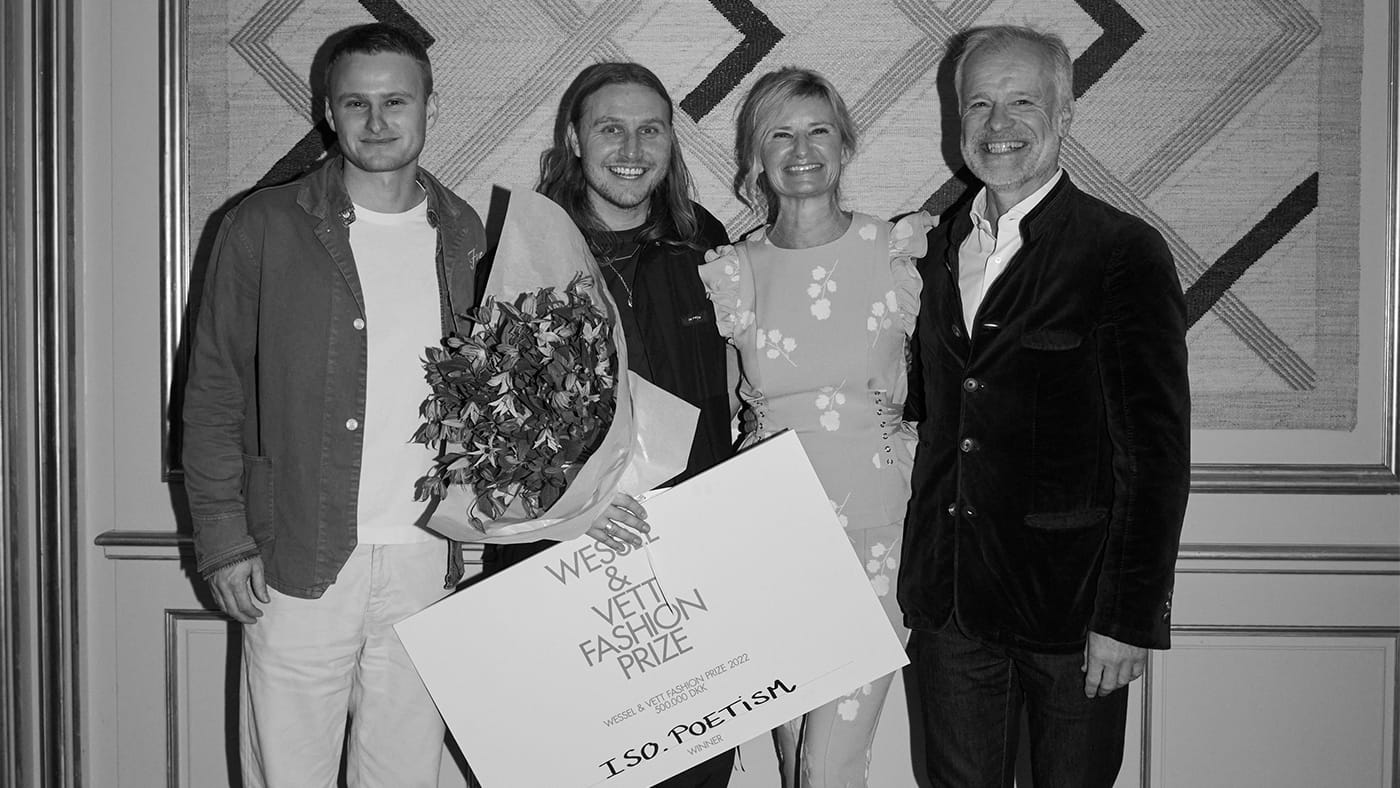 The announcement of the winner of the Nordic region’s most prestigious and influential design award for new design talents was made by the Wessel & Vett Foundation on November 9 at Designmuseum Denmark.

For 2022, the Wessel & Vett Fashion Prize became the new name for the award formerly known as the Magasin du Nord Fashion Prize. This change of name marks the prize’s independence and celebrates the entrepreneurship and innovation of the department store Magasin du Nord’s 19th century founders, Theodor Wessel and Emil Vett.

The tenth anniversary marked a new grand prize of DKK 500,000 and was awarded by Nina Wedell-Wedellsborg to this year’s winner, Iso.Poetism. Each of the finalists have been rewarded DKK 10,000 for their mutual effort and participation as recognition hereof as well as having had a mentor assigned since they were nominated for the prize in August.

“Recognizing the integral role of young designers in contributing to the necessary transformation of the fashion industry to a sustainable one is critical. The Wessel & Vett Fashion Prize is about just that; recognizing upcoming Danish designers who are showing the way – taking their role seriously by designing responsibly and sustainably.”

The four finalists — Birrot, Iso.Poetism, Nicklas Skovgaard and Sophia Khaled — presented their collections and business concepts to an international jury of industry experts holding a diverse range of experience and specialisms across the board. Each of the finalists were praised for their design talent, sustainable vision, innovation, creativity and business entrepreneurship – all of which were included as criteria in the jury’s decision for this year’s winner.

This year, the Wessel & Vett Fashion Prize announced a significant expansion – the launch of a strategic partnership with Copenhagen Fashion Week via the recently established talent support scheme, CPHFW NEWTALENT.

The collaboration is a testament to both the Prize and CPHFW’s dedication to supporting, promoting, and nurturing Nordic design talent for domestic and international growth and impact.

The collaboration with CPHFW will see the Wessel & Vett Fashion Prize winner get the opportunity to be enrolled into CPHFW NEWTALENT and thus the official show schedule for three consecutive seasons. Additionally, the winner will be offered the opening show slot for the AW23 season and a spot in the CPHFW NEWTALENT Spring/Summer Showroom, alongside mentoring, extensive communications, and inclusion in all CPHFW official activities and opportunities. 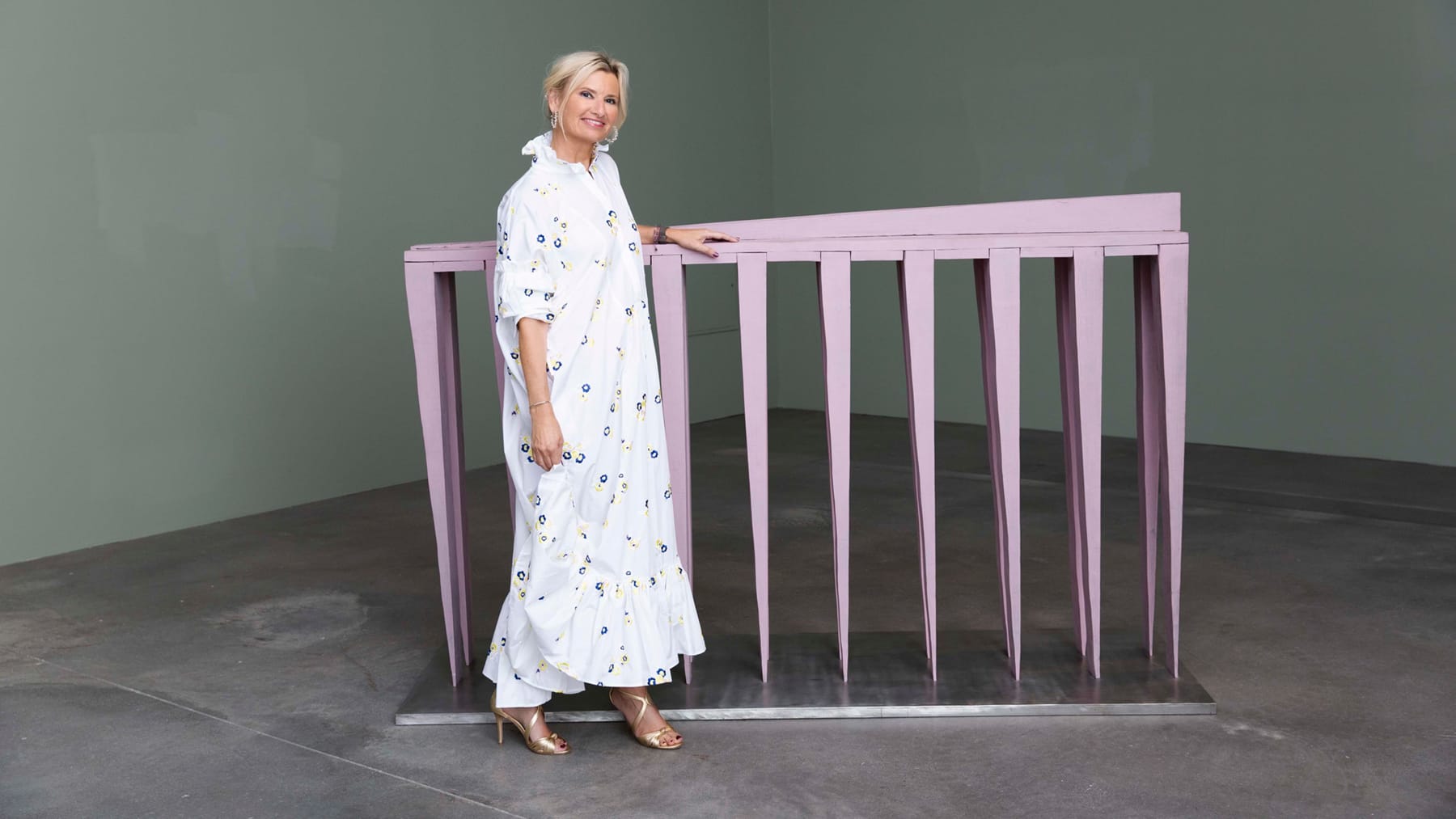 This year, the 10th anniversary, the finalists will be unveiled on August 9th at the opening event of Copenhagen Fashion Week. Final judging by the jury takes place on November 9th 2022.

The recipient of the main prize of 500,000 DKK ($73,000) will be chosen by members of the jury, who will be looking at participants’ portfolios for sustainability and ethical responsibility, business ideas, innovation and originality of design. All finalists each receive a scholarship of 10,000 DKK.

The support is not limited to financial: finalists will also receive mentoring from a network of industry experts, advising on sales, production, PR, and business development.

Nina Wedell-Wedellsborg is the initiator of Wessel & Vett Fashion Prize. She also holds the role as CEO for the international auction house Sotheby's Danish division, as well as chair at Niels Wessel Bagges Foundation and board member at Wessel & Vett Foundation.